If you’re struggling to keep your salt intake in check, you’ve got an ally in the Food and Drug Administration. Last week the agency issued draft, voluntary guidance that puts maximum sodium limits on 150 categories of processed and restaurant foods—all in an effort to help trim down Americans’ sodium intake from its current level of about 3,400mg/day to the 2,300mg/day recommended in the U.S. Dietary Guidelines. It’s a big step, and it’s certainly shaking up the food industry, but it’s not a done deal yet. 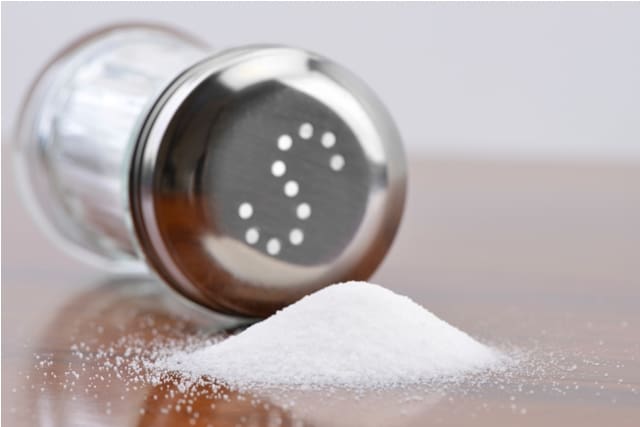 Where are we getting all this salt?

You may already know that most Americans get more sodium than they need, mainly from salt. You might even know that most of the salt in our diets doesn’t come from the shaker we use at the table (or in the kitchen). It comes from the packaged foods we purchase at the market and the meals we get at delis, restaurants and other establishments that serve prepared foods.

Many food manufacturers have already decreased the sodium in their products—or have plans in place for step-down sodium measures over the space of a few years. Some restaurants offer a few “sodium conscious” entrees on their menus, but largely the restaurant industry is more concerned with meeting their customers’ taste requirements, not their health requirements.

Which foods contribute the most?

Certain foods contribute a substantial amount of sodium to our diets. You might be surprised that bread and rolls are the biggest contributor to our sodium intake (it’s more about how much we consume in this case—not necessarily the salt level of the bread and rolls themselves—it adds up!).

Salt and your health

What’s so unhealthy about a high-sodium diet? Sodium holds excess water in the body, so the heart to has to pump harder, and that increases blood pressure. High blood pressure (also called hypertension) is linked to diets that are high in salt and sodium (and low in potassium). Often, the more salt you eat, the higher your blood pressure will be. High blood pressure is a major risk factor for stroke, heart disease and kidney disease, and is also linked to osteoporosis. Of course, our bodies need some sodium to keep the right balance of water, send nerve signals and keep our muscles moving well.

Salt-smart moves you can make now